I can't think of a better way of explaining one of the benefits of Deltabeam than by comparing the two following pictures.

The picture on top was taken in a cast-in-place parking garage in downtown Winnipeg. You can clearly see the "Caution, low head-room" sign on the beams projecting under the slab.

The picture on the bottom was taken in a the Holiday Inn in Saskatoon completed in 2010. It's actually hard to see the Deltabeam on the picture (which is probably a good thing) but they are spanning over the drive aisle.

Which one looks easier to coordinate for minimum clearance requirements? 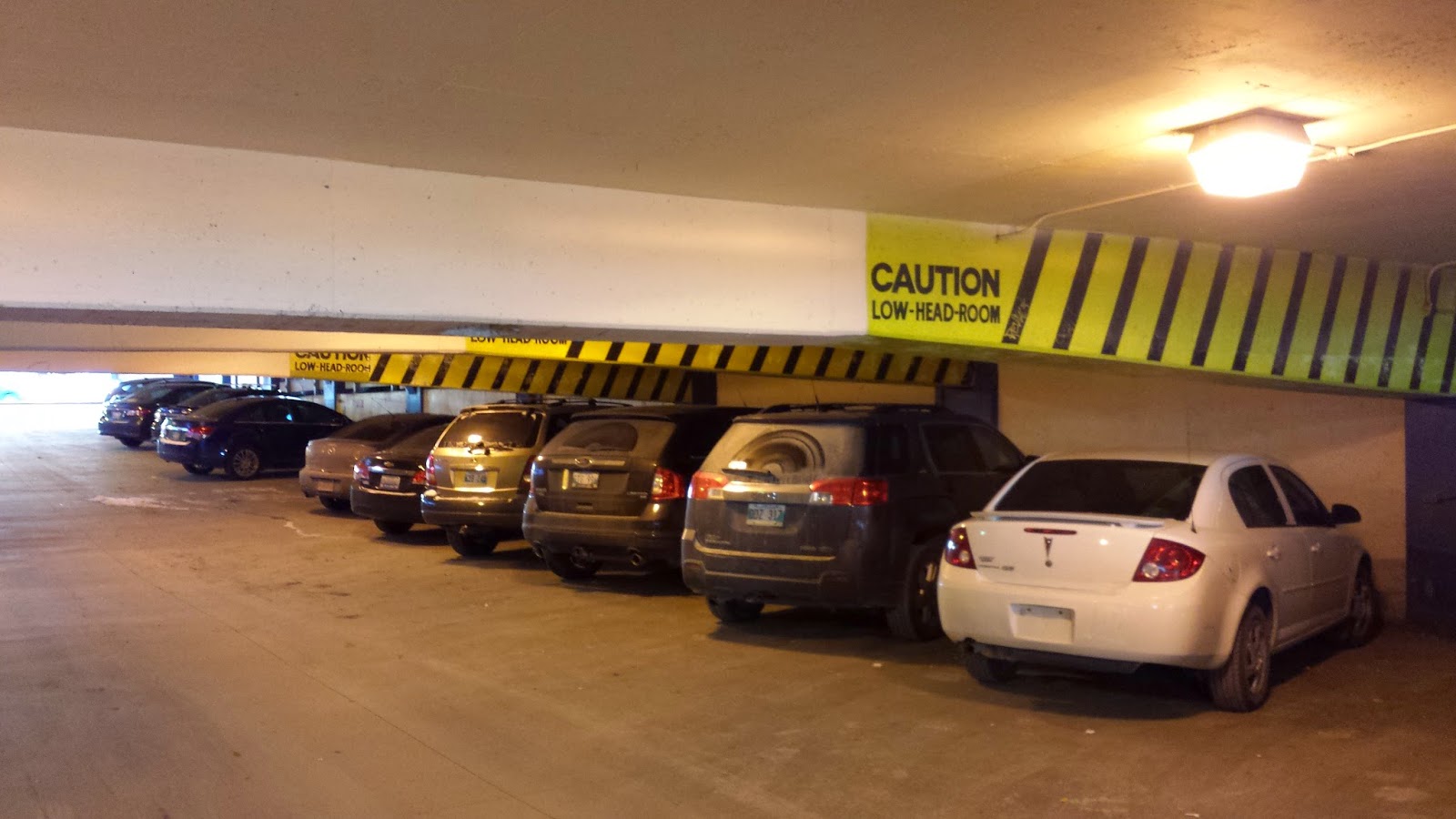 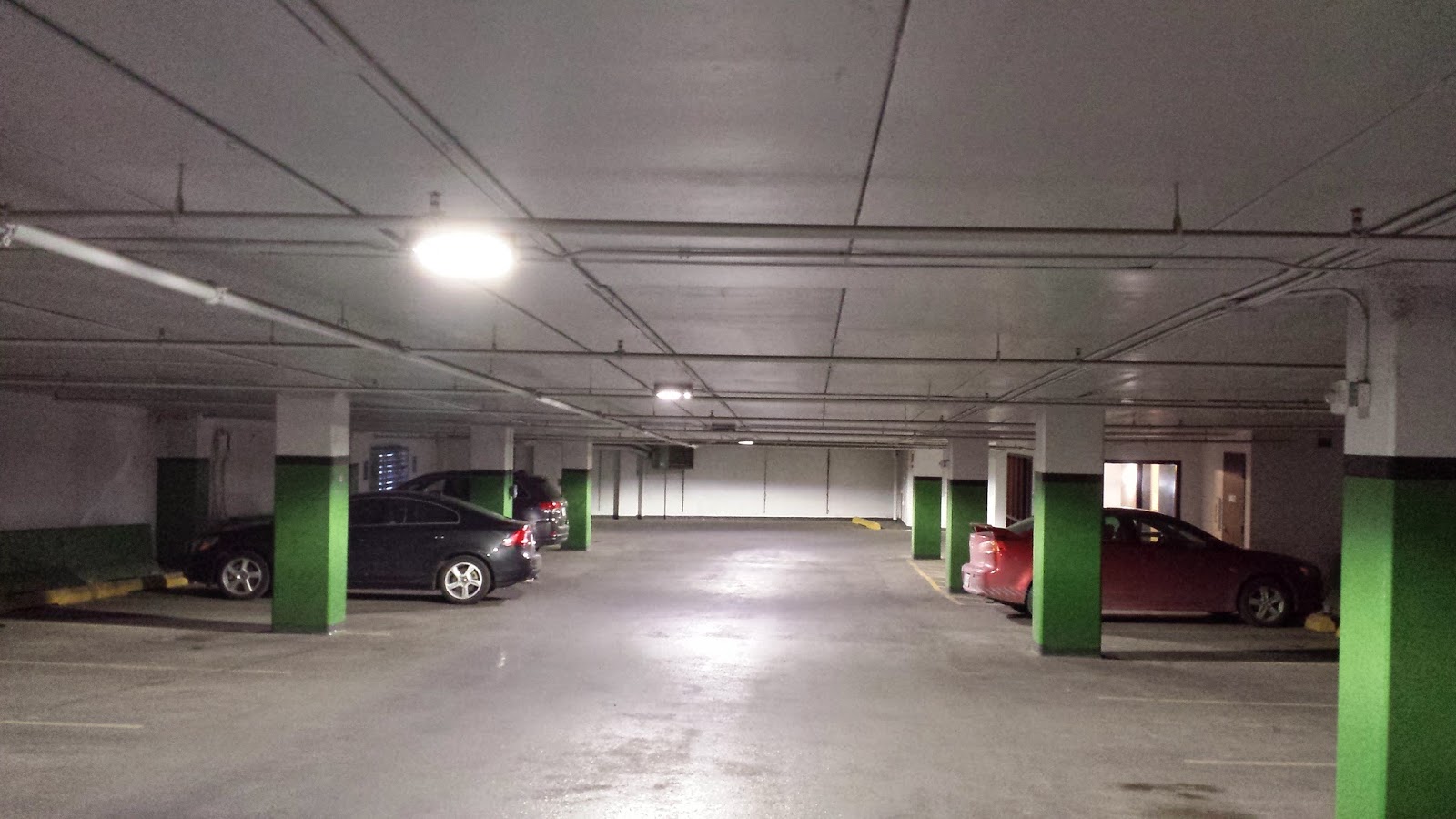